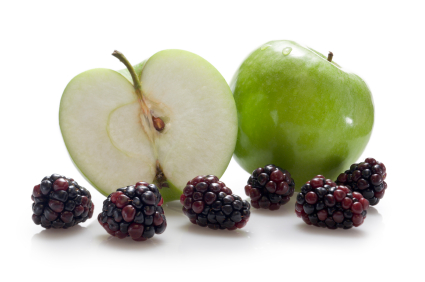 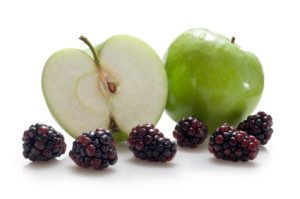 Our world’s gone mad. We’ve lost sight of the fact that things can be different and yet equal. Which reminds me of the parable of the apple crumble.

Once upon a time there was a family who loved to eat apple crumble. For those of you that aren’t familiar with this delicacy, it is a classic English dessert made of stewed apple and crumble. (This isn’t a cookery blog – for more detail look here.)

After many years of the family happily eating apple crumble, they received a delegation from some blackberries whose metaphorical noses were out of joint. “It’s all very well you enjoying your apple crumbles,” they asserted, “but surely this is discrimination. We are blackberries – a fine and worthy fruit. Surely we should be allowed to be in apple crumble.”

The family were understandably confused. “Discrimination, you say?” (They were obviously unperturbed by the fact that the blackberries were speaking) “In what way is this discrimination? An apple crumble has always been made with apple and crumble. There are perfectly acceptable desserts which incorporate blackberries – indeed a blackberry crumble is a fine thing in its own way – but don’t you see that an apple crumble can only be made with apple and crumble? You are changing the nature of the thing if you add blackberry.”

“By no means,” retorted the blackberries, “to insist that we can only be part of a different dish is discriminatory. If you don’t change your recipe soon we will take you to the European Courts.”

“Would it not be acceptable to create a dish which incorporated both apples and blackberries – we could call it ‘Apple and blackberry crumble’ – whilst retaining the name ‘apple crumble’ for a dish made of apple and crumble?”

But the blackberries stood their ground. “We will not be satisfied with anything less than full equality. We insist upon the right to be part of an apple crumble. Any suggestion that a crumble which includes blackberries is in any way materially different from one containing only apples would be seen as a breach of our human rights. (At least it would if we were humans rather than an edible fruit in the rubus genus.)”

And so, from fear of the accusation of discrimination and a misplaced understanding of equality, the family reluctantly started using the name ‘apple crumble’ to describe a dish consisting of apples, blackberries and crumble.

Of course, that would never happen in the real world, would it?

Perhaps we need to update the dictum of that sage old egg Humpty Dumpty: “‘When I use a word,’ Humpty Dumpty said, in a rather scornful tone, ‘it means just what I choose it to mean, neither more nor less and it is a denial of my human rights to insist on an alternative meaning.‘”

And in case you’ve read this far, here is a very helpful article from the USA on the entirely different subject of whether marriage should be redefined in the name of ‘equality’ (with thanks to AJS for the link).