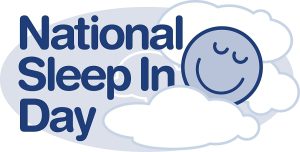 Last Saturday night the clocks went back – which in many people’s worlds is an opportunity for an extra hour in bed. With little people around that is unlikely, and in this particular case even more so since the night was punctuated with “vomiting incidents.”

The end result of this was that I was feeling particularly tired on the Sunday morning when I was to preach twice, at the end of a week where I felt more under-prepared than normal. Humanly speaking this was not looking good!

I think, perhaps, that is why I was so particularly struck and encouraged by the words of a hymn we sang:

The reminder that He is the one who ‘nourishes and restores’ us – and even more so that He is the one who fits us for the tasks He has called us to was just what I needed to hear. And the lovely image of a ‘speeding mother’ (!) was very tangible given my wife’s ministrations to one of our daughters in the night. And wonderfully it is His grace which He brings and ministers to us – and that is always sufficient.

And so, by His grace, we got through the Sunday. I think one or two people may even have been helped by the sermon. But what clearer evidence could we need that it is all, ultimately, His work not ours.